The Culbertson House is located on Main Street in historic Girard, PA.

The Hon. William C. Culbertson built the house from 1894-1896.  Culbertson was born in Edinboro, PA and was a prominent manufacturer and banker. He served as a representative in Congress from 1889-1891, representing the 51st District.

Culbertson purchased two neighboring lots, removed the original houses, and built the current Culbertson house on the two parcels of land.   Mr. and Mrs. Culbertson and their 8 children lived in the house.

His obituary described him “as perhaps the wealthiest and most prominent businessman in Northwestern PA.”

Upon his death in 1906, the house was deeded to his 3 unmarried daughters, Cordelia, Kate, and Margaret.  After the death of the last sister, the property was deeded to their brother William.  William and his family moved from Erie to live in the house.

With the Great Depression, the house was sold to the Erie County Sheriff for an unpaid mortgage in 1935. It was later purchased by Richard Jones and his wife in 1937.  Jones operated a tavern/boarding house/restaurant in the house known as the Commodore Perry Inn or Commodore Perry Tea House.

The house and land were sold to the St. John Catholic parish in 1941. The house was used as a church, school, convent, and rectory until 2006.  A lot split was recorded in 2002 which separated the rectory in the Culbertson house from the church building which was built in the rear of the grounds.

This house currently provides office space. One of the tenants is Parke Wenting, PA State Representative for the 17th House District. 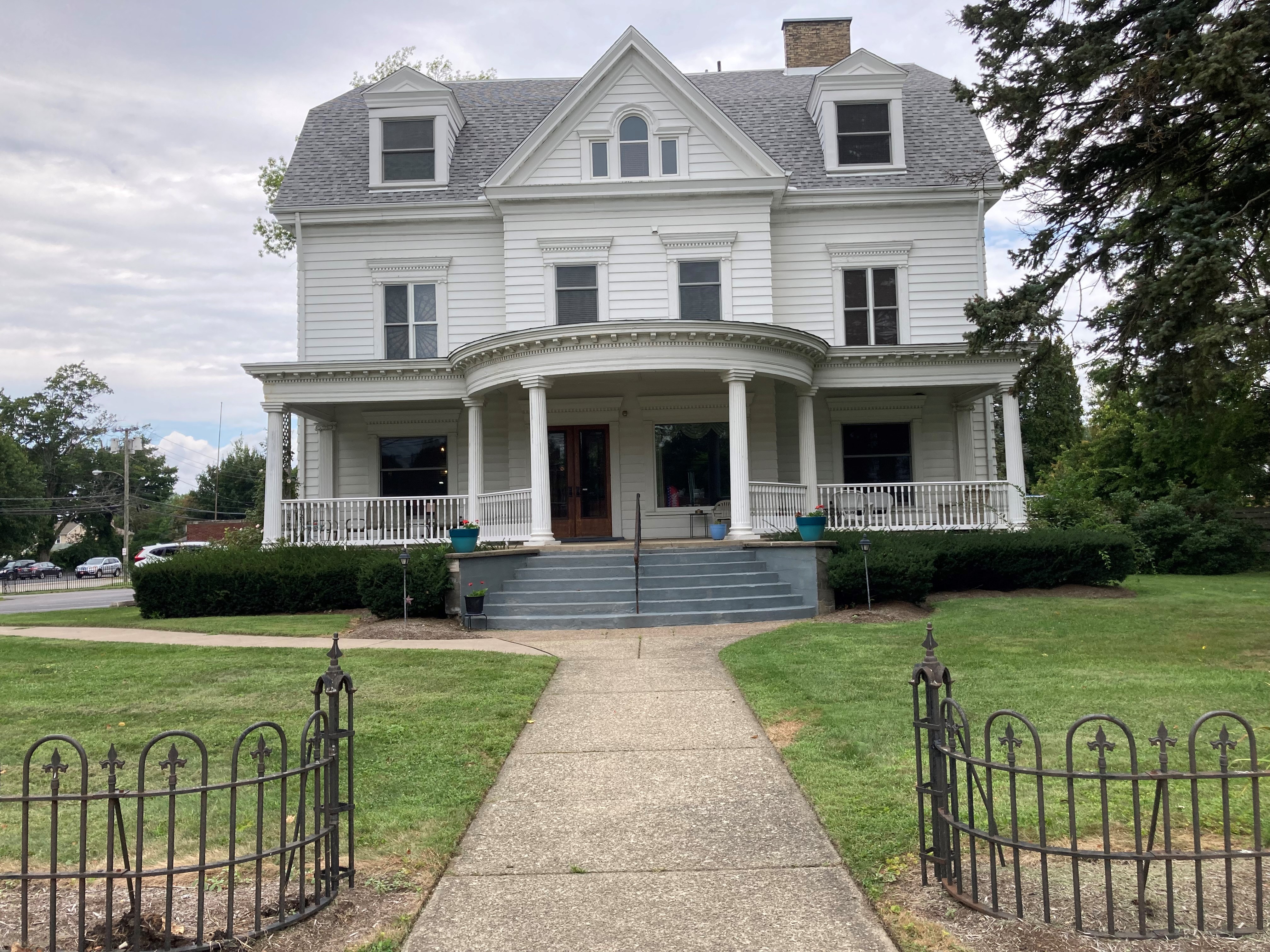