“You May Fire When Ready, Gridley” Charles Vernon Gridley 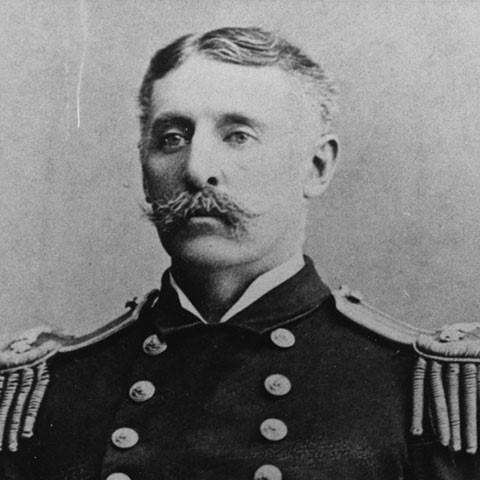 The history of the United States Navy is sprinkled with famous phrases and memorable statements. “Don’t Give Up the Ship” by Captain James Lawrence and made into a flag by Oliver Hazard Perry during the War of 1812. “Damn The Torpedoes” by David G. Farragut from the Civil War Battle of Mobile Bay, and “Scratch one flattop” said into the radio of Lt. Commander Robert E. Dixon when planes of his Navy dive bomber squadron sank a Japanese aircraft carrier at the Battle of the Coral Sea. Another famous naval phrase which remains in use today is “You may fire when ready, Gridley.” Who was Gridley? The only one of these famous phrases with a name in it comes from the order to open fire on the Spanish fleet by Commodore George Dewey at the Battle of Manila bay in 1898. These words were spoken to the captain of the U.S.S. Olympia, Captain Charles Vernon Gridley.

Born in Indiana in 1844 but raised in Hillsdale, Michigan, Gridley attended Hillsdale College before being appointed to the U.S. Naval Academy at the age of sixteen in 1860. Because the Civil War seemed imminent, the Naval Academy was moved from Annapolis, Maryland, a southern state, to Newport, Rhode Island. Gridley graduated near the bottom of the class of midshipmen in 1864. He referred to his lack of study and the curriculum “slipshod.” One thing Gridley did acquire at the Naval Academy that stuck with him was the nickname “Steve.” The origin of the nickname has been lost to history. 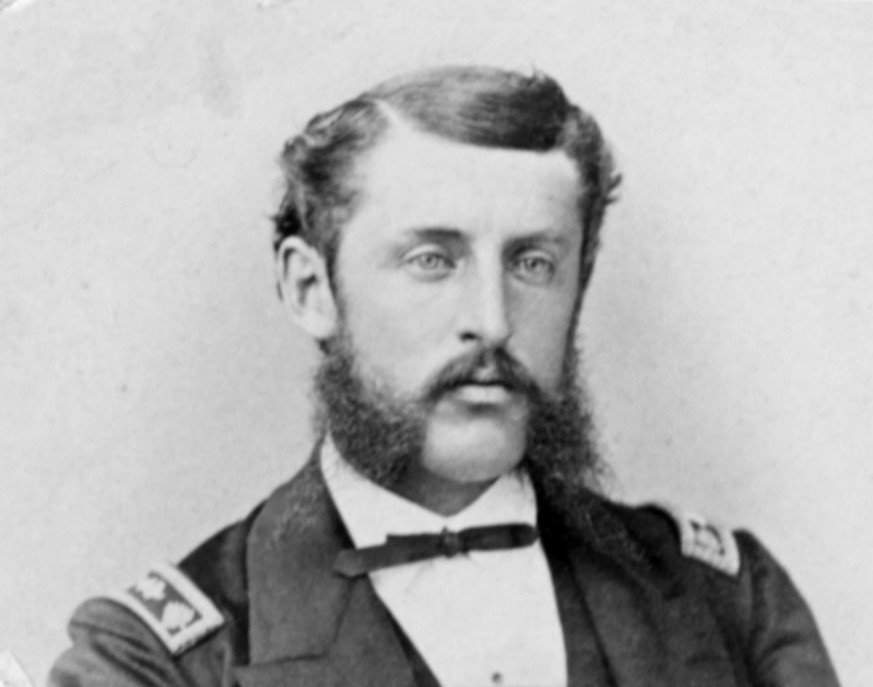 Gridley as a young officer

Graduating in time to see the last year of the Civil War, Gridley was first assigned to the U.S.S. Oneida and saw action with Farragut at the Battle of Mobile Bay on August 5, 1864. Gridley was posted in Oneida’s foremast top and helped guide the ship through the mined channel, then called torpedoes.

After the war, Gridley was assigned to the U.S.S Brooklyn, flagship of the South Atlantic squadron. He was promoted to Master in 1866 and Lieutenant in 1867 and Lt. Commander in 1868. As was typical in the peacetime military, promotion was slow, and Gridley would not receive another until 1882. !871, however, would prove to be another pivotal year for the young naval officer. He was transferred to the U.S. Naval station at Erie, Pennsylvania, and the U.S.S. Michigan (later Wolverine.)

The U.S.S. Michigan, aside from being the first iron-hulled ship in the U.S. Navy, double  was the only armed American ship on the Great Lakes. Built in parts in Pittsburgh, Pennsylvania and assembled in Erie, Michigan was a paddle-wheel steamer, 163 feet long, with ,a draft of only nine feet, making her perfect for the lakes, and a top speed of eight knots. The ship’s company was usually about 98 men, including officers and Marines. Spending winters in Erie when the Great Lakes were closed to navigation, the ship and her crew developed strong bonds with the city. Launched in 1843 and commissioned in 1844, Michigan was a fixture on Erie’s bayfront during her long career. The ship was involved in guarding and helping to foil an escape of Confederate prisoners of war being held at Johnson’s Island near Sandusky, Ohio, and the post-Civil War Fenian Raid in which an Irish-American force attempted to invade Canada across the Niagara River. Being part of the “Freshwater Navy” gave the sailors of Michigan time to get acquainted with Erie and her people. Erie became known as “the mother-in-law of the Navy’ because so many Erie girls married Michigan sailors. Charles Gridley was no different. 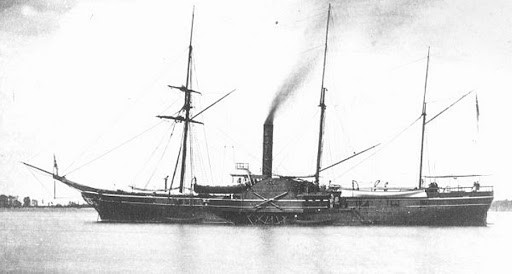 On May 10, 1872, Gridley married Ellie Vincent, the daughter of Judge John P. Vincent, cousin of Erie Civil War hero Strong Vincent who was killed at Gettysburg in 1863. The Gridley’s would eventually have a son and two daughter and considered Erie their home.

In 1875, Gridley was ordered to return to the Naval Academy to teach naval steamship tactics and naval construction. His next assignment was with the European Squadron aboard the U.S.S. Trenton. The assignment was considered a mainly ceremonial one. The ship sailed from port to port, showing the flag. Officers attended numerous ceremonies and dinner parties.

In 1882, Gridley was promoted to commander and assigned to Newport, Rhode Island, to study torpedoes and their use. Torpedoes, the type fired from the deck of a ship or torpedo boats, were the new naval craze, but the United States did not have any torpedo boats at the time. The late 1880s saw Gridley in various locations aboard various ships in a training capacity. In 1887, Gridley began a stint as Lighthouse inspector for the 10th Lighthouse District which included Lake Erie, Lake Ontario, the Niagara and St. Lawrence Rivers. This assignment allowed him to be close to his home and family in Erie. After service at the Boston Navy Yard and with the Asiatic Squadron during which he visited Manila in the Philippines and its large harbor.

1894 brought him home with another assignment to the 10th Lighthouse District and his family. In 1897, Gridley was promoted to Captain and assigned to take command of the U.S.S. Olympia, then flagship of Commodore George Dewey’s Asiatic Squadron,  in Kobe, Japan. By all accounts, the previous captain was very well likeg by the crew, but Gridley soon became as well liked and respected.

The outbreak of war between the United States and Spain in 1898 would catapult America onto the world stage as a major player in the Age of Empire. A defeat of the Spanish would put their empire in the Caribbean, Latin America and the Pacific under American control. Dewey’s squadron in the Pacific was to sail for the Philippines and Manila Bay, which Gridley knew. 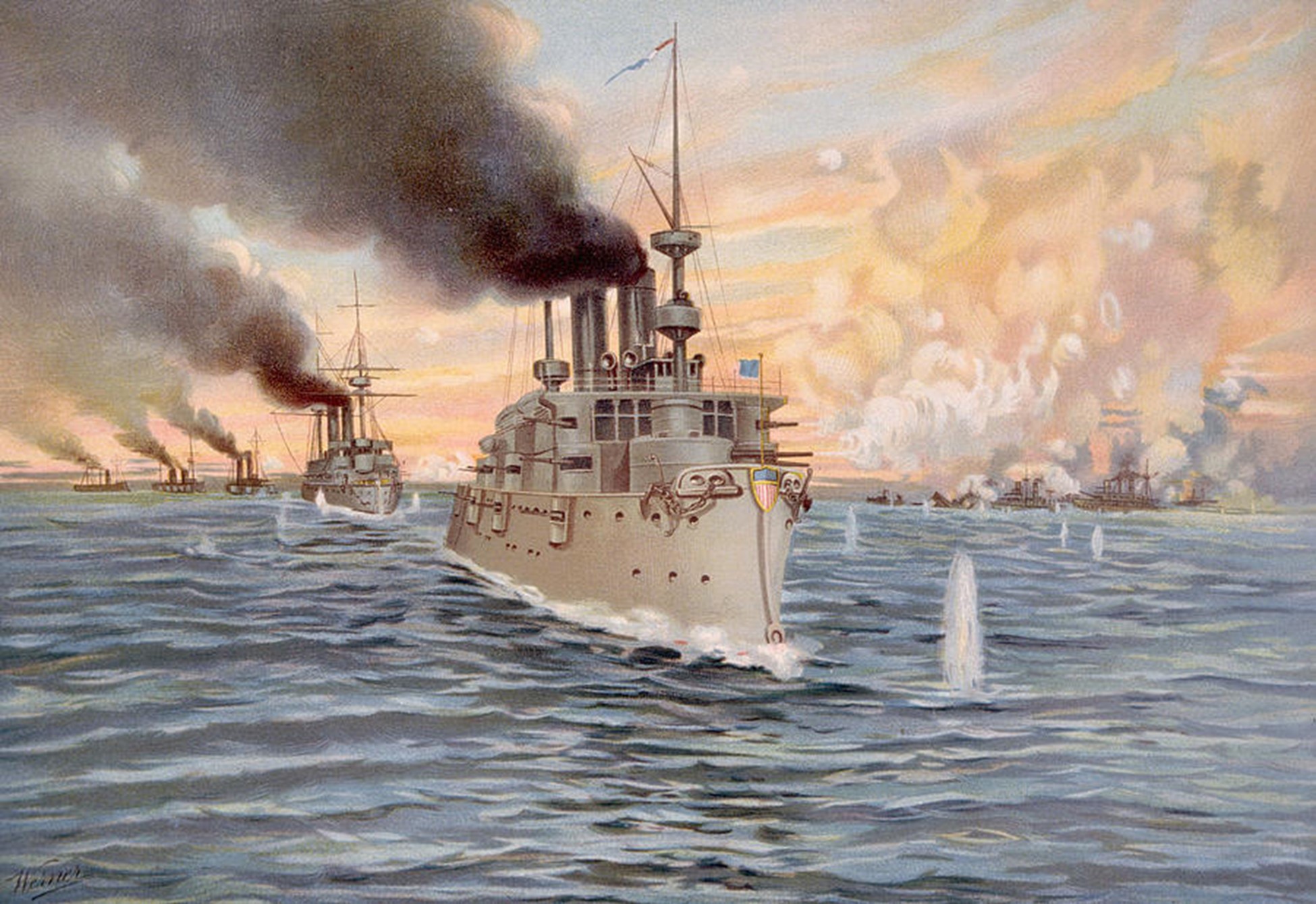 On May 1, 1898, with Olympia in the lead, Dewey’s squadron sailed into Manila Bay. Then he felt the enemy ships were in range, he said “You may fire when ready, Gridley.” The Battle of Manila Bay was a one-sided affair with the Spanish squadron taking almost all the casualties. Gridley, however, was quite ill during the days leading up to the battle with dysentery and what may have been cancer. He had spent the entire battle in Olympia’s small, armored cockpit, directing the ship’s gunfire, and the heat was unbearable. His condition deteriorated in the days that followed. Charles Vernon Gridley died in Kobe, Japan, aboard the commercial steamer Coptic on June 5, 1898, just a little over a month after the Battle of Manila Bay and the order that made Gridley a household name. He is buried in Lakeside Cemetery in Erie, Pennsylvania. Gridley Park on West 6th Street in Erie is named for him. The monument at the park’s center is in his honor. 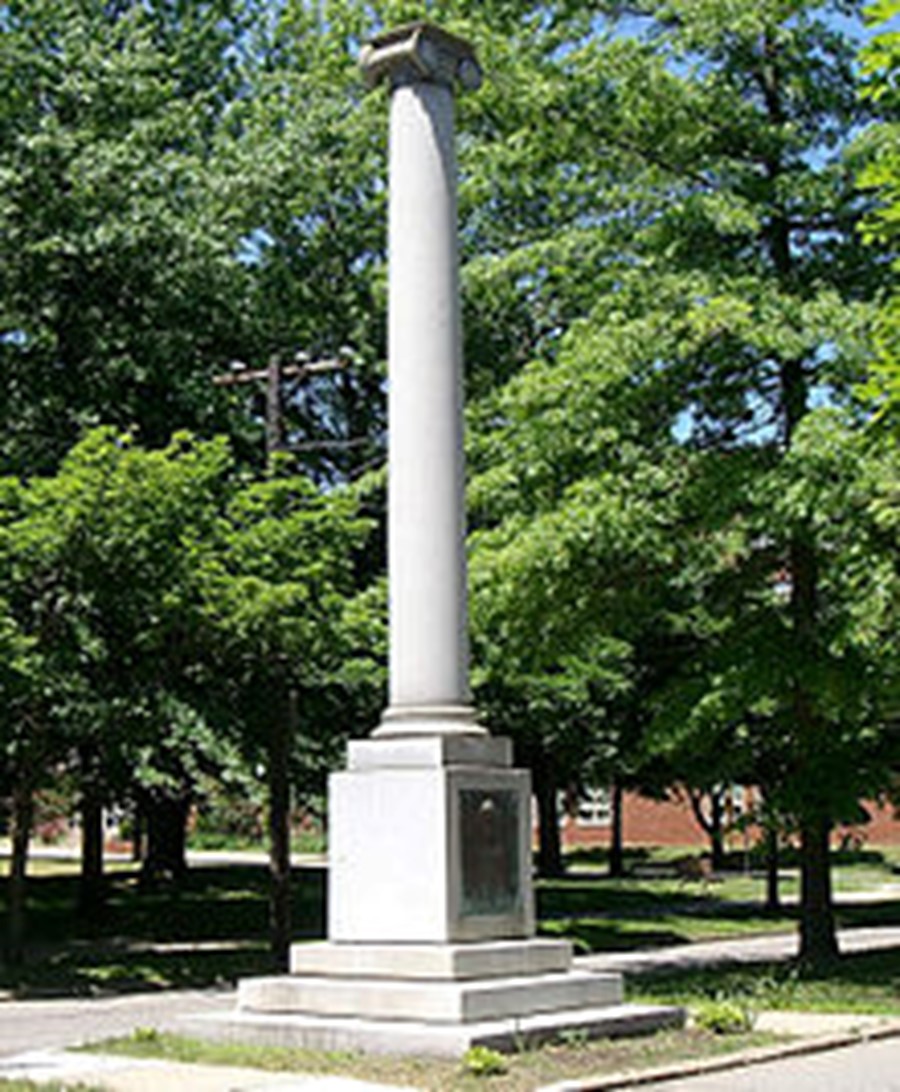 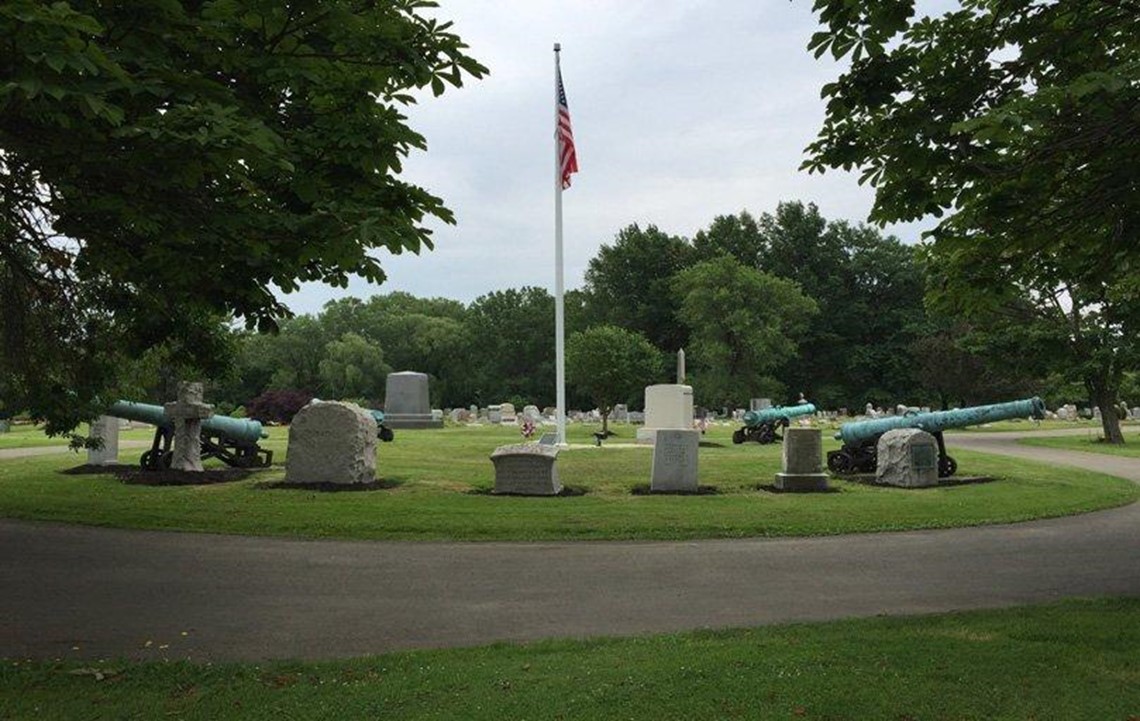 Gridley’s gravesite in Lakeside Cemetery. The cannon are Spanish guns captured at Cavite in Manila Bay.