The House that Isobella Built

This story was originally printed by the author in the GoErie History Blog.

This article is a follow up from Erie's Pioneer Days: It Wasn't Always About the Men!

The Nicholson House, at 4838 West Ridge, Erie, was built in 1837 for Isobella Nicholson, widow of John Nicholson, one of Erie’s pioneer settlers. The Hagen History Center houses many collections containing the photos, papers, and ephemera of Erie County’s earliest settlers. These collections will once again be available to researchers after HHC’s grand reopening this summer. 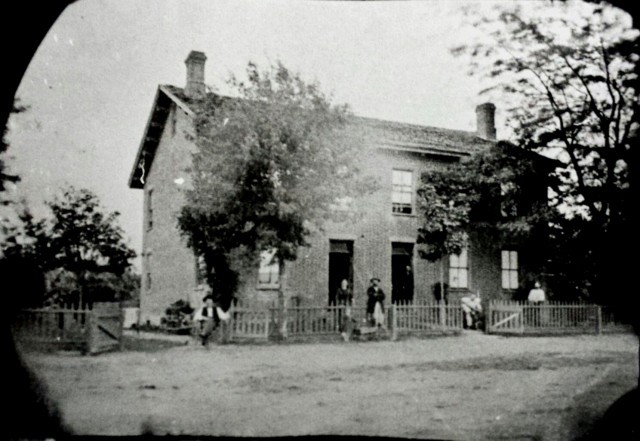 This circa 1878 daguerrotype photograph is found in the Nicholson Collection; Hagen History Center, Erie. 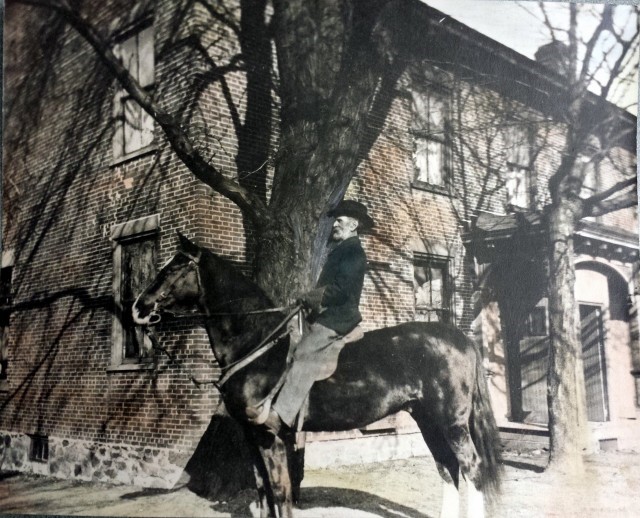 Another view. Unidentified man, but likely related to or friends of the family; Nicholson Collection 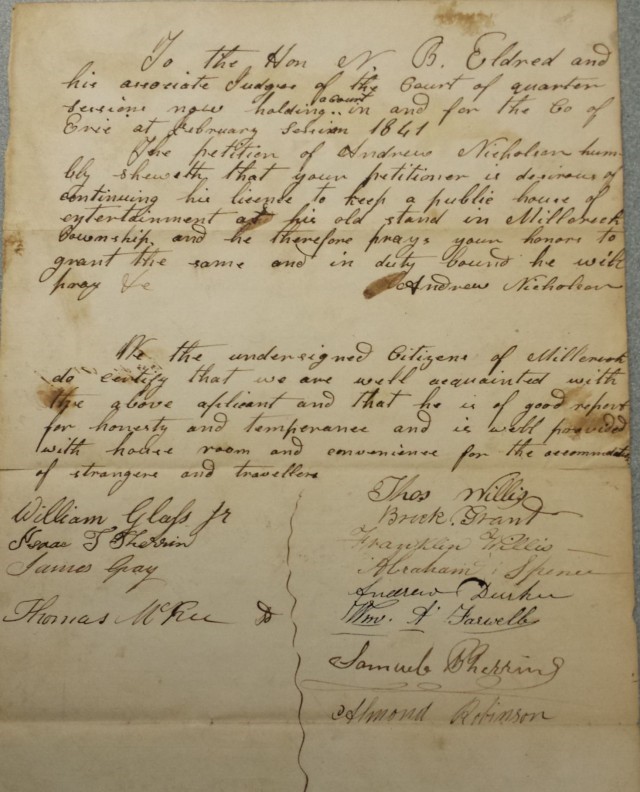 “To the Hon N. B. Eldred and his associate Judges of the Court of quarter sessions now holding a court in and for the Co of Erie at February session 1841″The petition of Andrew Nicholson humbly sheweth that your petitioner is desirous of continuing his license to keep a public house of entertainment at his old stand in Millcreek Township, and he therefore prays your honors to grant the same and in duty bound he will pray

“We the undersigned Citizens of Millcreek do certify that we are well acquainted with the above applicant and that he is of good report for honesty and temperance and is well provided with house room and convenience for the accommodation of strangers and travellers.” 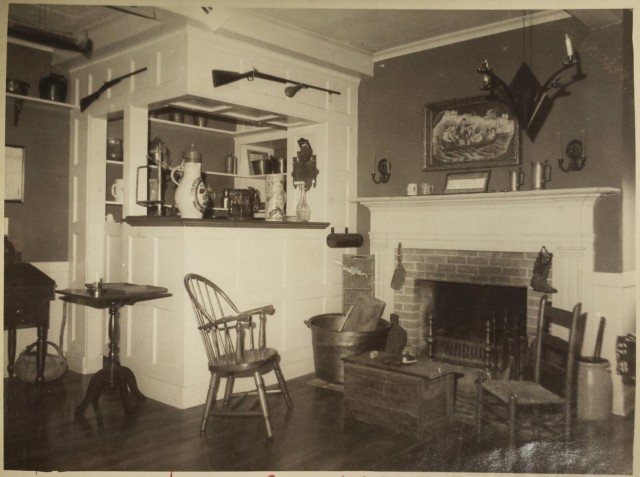 Taverns in early America were as much a part of social life as churches were. More than just places to socialize, they served as public houses, where business and politics happened. Samuel Bates says, in his History of Erie County, that in its early days “the use of whisky was almost universal, and there were few houses in which a good supply was not kept constantly on hand.” The spirits Andrew sold in the tavern were likely distilled from his own grain crop. There was a plethora of distilleries in the town. According to Bates, they were more plentiful than grist and saw mills.

The Nicholson Inn, as it was known then, thrived in the 1840s. Just steps away from the Erie Extension Canal, a busy avenue of trade and travel in its heyday, the Inn undoubtedly offered welcome respite to multitudes of weary travelers, on the long journey west from Buffalo to Cleveland. It was also a stop on the Yellowstone Trail (now Route 20) stagecoach line, a principal means of overland passenger travel in the 1830s and 1840s. But then the trains came, and everything changed.

It was a gradual change. Stagecoaches were still in operation in the 1850s, but, the 100 mile journey from Erie to Cleveland, which took sixteen hours by coach, could now be made in much less time. As the railroad system expanded, stagecoach travel naturally lessened. Eventually, the canal was abandoned, and the need for rural inns declined.

By the 1870s, the inn was closed and Andrew and his children were running a farm supply and general merchandise store known as Asbury Place, from the house. It remained in the family until just a few years ago, having outlived six generations of Isobella Nicholson’s descendants. It has, in its lifetime, been a tavern, an inn, a stagecoach stop, a post office, a meeting place, and a general store. If only walls could talk!
_______________________
Mrs. Doris J. Nicholson, wife of John and Isobella’s grandson George E., worked diligently for many years to achieve National Register status for the Nicholson house. Her application and notes are preserved in the Nicholson Family Collection, personal papers, photographs, and other archival material belonging to John and George Nicholson and their descendants, Erie County Historical Society, Library & Archives, Collection no. 2010.59, Hagen History Center, Erie, Pennsylvania.